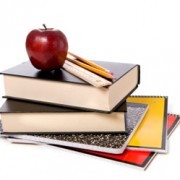 Futurism was the most significant advent-garde art movement of the 20th century in Italy. Futurism was the art movement that was mainly associated with the urban modernity and advanced technology. The main aim of the artists associated with this movement was to destroy the old form of representing art and to destroy the older forms of culture. The artists of Futurism mainly focused on presenting the beauty of modern life including the beauty of change, speed, machines and even violence. This modern art movement continued from 1909 to 1914 (Barndt, 2014).
Futurism was also considered as the social movement that started to change the perception towards modern life, technology and arts. The founder of Futurism was Filippo Tommaso Marinett, who introduced the main themes of violence, youth and revolution through this art movement (Barndt, 2014). Like many other art movements, Futurism was not immediately identified by having a distinctive style. However, this movement worked in an electic manner and also included the aspects of Post-Impressionism (Divisionism and Symbolism) (Barndt, 2014).
Dick Frizzell is an artist from New Zealand, Hawk’s Bay. His work is mainly considered as pop, because his work includes kitsch kiwiana icons, cartoon like paintings and lithographs. The artist does not have a particular style of his own, but often adopts the unfashionable painting styles (Tan, 2013). Therefore, it can be said that his works include the infinite subject matters, genres and styles. Frizzell also has the experience in commercial art. This is the reason why he easily incorporates the graphic design, modern art and advertising imaginary as the base of his art work (Tan, 2013). He has the skills to put the high and low art form from side by side with unexpected subjects and highly skilled rendering. His art work often includes the cartoons, the native landscapes and the figurative till life. He also poses the skill of presenting the wit and ironic humour through the banal subject matter. One of the most famous pieces of art prepared by DickjFrizzel is the lithograph “Mickey to Tiki”. This is also considered as the iucon of Art Deco and Cubism (Tan, 2013).