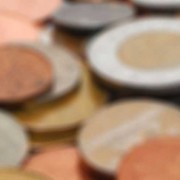 This has affected the local weather of Australia causing a shift in the patterns resulting in making the region counter more strong events of El-Nino within the Pacific region. With regard to influence of El-Nino over Australia, there is significance behind Indian Ocean. Indian Ocean Dipole is present in the tropical Indian Ocean (Ashok et al., 2003). A positive event of IOD has equivalence to the El-Nino with warm waters present within the basin’s western parts. This has been linked to higher rainfall across eastern parts of Africa.
The following figure depicts various years when Australia had to face drought such as in the years 1982, 2002 and 2006. These years have had a positive IOD in conjunction with the El-Nino. This has become a phase based relationships (Cai et al., 2014). Due to the dry areas, the need for rainfall has increased while giving rise to the need of protecting the change in climate in the recent times.
This section focuses on the consequences of the predicted IOP patent changes for the water stressed regions across the southeast Australia. The research, from the perspective of nature Geoscience perspective, indicates that the extreme weather events of bushfire and drought across the southeast Australia are caused directly due to the temperature changes within the Indian Ocean (Cai et al., 2009). The El Nino holds similar effects of Pacific Ocean across the Indian Ocean but the Indian Ocean Dipole entails greater consequences.
According to the researchers, the Indian Ocean phenomena are strongly associated with the extreme weather events across southeast Australia. It was established by the researchers that the Black Saturday of 2009 took place due to the changes in the temperature and Indian Ocean Dipole. The research has pointed out that due to the positive nature of the Indian Ocean Dipole, the reduced rainfall and increased temperatures are experienced by the south east Australian water stressed regions (Ummenhofer et al., 2011). The increase in temperature and lowered rainfall occurs across these regions as majority of the rainfall supplies the moisture to the south east Australia during the spring and winter seasons surfaced from the tropical eastern part of the Indian Ocean (Ummenhofer et al., 2009). Hence, it has been suggested by the researchers that the clearer skies and reduced rainfall result in the increase of temperature that surpasses the normal ranges.